Christmas, and the Multiplication of Light

Christmas, and the Multiplication of Light 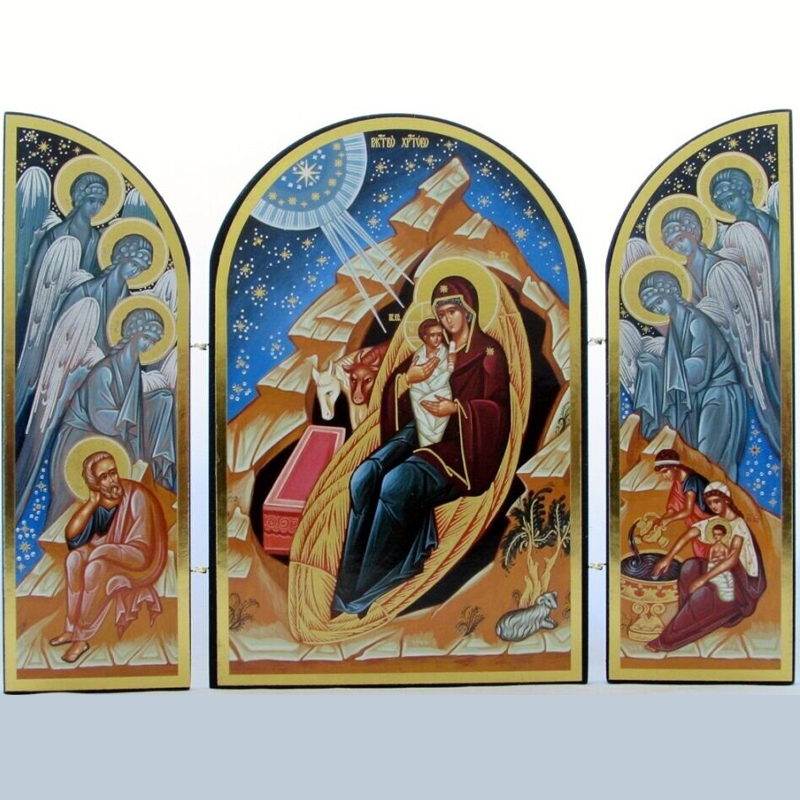 I have had the chance to know many amazing people over 40 years of Passionist priesthood and 20 years as a physician, especially women, whose resilience is incredible. You often meet the most extraordinary people when you meet those who have suffered deeply in their lives.

The prophet Isaiah (42:3) speaks of God’s careful cultivation of the wounded heart, saying of the Messiah

“A bruised reed He will not break, And a dimly burning wick He will not extinguish; He will faithfully bring forth justice.”

Recently, some of these heroic women, who by life’s cruelty would already have been broken reeds and snuffed out candles, include internal refugees from the violence in Port au Prince.

Their pitiful shacks were burned by bandits, the men of the family were often shot in front of them, some of their young daughters were raped.

Yet they are longing to live a better life.

My meeting with them over the past months was to try to give about sixty of these families a way out of their darkness: temporary lodging in a bullet-free zone for a year, food for several months, a micro loan to start a way of living.

Sixty is not a lot when there are hundreds of such families. But it is what we can afford.

Jesus showed that sometimes even five loaves and two fish are a great start.

Yes, these women want to live, no matter how incredible the odds are against them. They want to protect their children and help them find a better tomorrow.

Mary, Joseph and their baby Jesus were also refugees, fleeing from Bethlehem in haste to Egypt, to escape a bloodthirsty king who wanted to kill their child.

When I met a few of these women recently on a Sunday morning near the Cathedral, a gang war broke out. Shooting everywhere.

We made some quick tentative plans together, and I said we should take shelter at the Cathedral until the shooting stopped.

Three older women (Madame Mano, Madame Helene, Madame Philomene) climbed into the back of my polaris and said, “no, we will get you out of here safely.”

These were frail women, very poor, beautiful in their white Sundays best and in their bravery! This was surreal.

“We will lead you out. Take the turns we tell you. We will stand up in the back of the jeep.”

Suddenly, I was the refugee, and these refugees were the Magi following the “star” to find the path to peace.

There are many small and labyrinthine pathways throughout the crowded slums, called “corridors”- and it turns out that some corridors were off limits to the shooting, so that the wives, mothers and grandmothers of the bandits could pass safely to get food, water, and charcoal for cooking.

I was under the benign wings of three grandmother angels. (Only to find out later that I am older than all of them!)

The victims from these gang wars are not few, and most who died were innocent people, and some of their children.

The sound of crying and mourning is piercing. These same lamentations were known in Bethlehem at the first Christmas, after the slaughter of the innocents.

‘“A voice was heard in Ramah, weeping and loud lamentation, Rachel weeping for her children; she refused to be comforted, because they are no more.” (Matthew 2:18)

Lamentations, and even blood, still call up to God from the soil, in supplication for justice.

One of the younger gunshot victims is Brenson. He is 14, but seems 10 because he is so small. He has lost the use of both legs, and is limited in one arm.

The Sisters brought him to us from a refugee center where he was lying on a dirty mat, and developed deep and rotting bedsores that now need debridement.

As I was welcoming Brenson, a rap version of some Christmas music came on the radio.

Suddenly, every able muscle in his body swayed with the music, and a bright smile flashed pearly white teeth- leaving the rest of his paralyzed body behind as irrelevant.

Brenson is alive, and glad to be alive!

“When Elizabeth heard Mary’s greeting, the baby danced in her womb, and Elizabeth was filled with the Holy Spirit.” Luke 1:41

This is the heart of Christmas.

For a good many months now, kidnapping in Haiti is rampant again, and many people are reliving all the horrors that come whenever human beings are trafficked, held in bondage, and degraded as commodities.

In this tragic time, it is again important to meditate on the deepest meaning of the titles of Jesus, Savior and Redeemer.

A savior will find a way to pull you out of deadly waters.

A redeemer will dive in to get you.

A redeemer has flesh in the game (Incarnation), and will have to pay a huge price for the saving.

For Jesus, the price tag to buy the human family back for God, was both unimaginable and unspeakable: the death of God.

The first Christmas, like our lives, was as bitter as it was sweet.

Early Christian icons of the nativity capture this truth in sacred image- the cradle of Jesus rocks over a yawning grave.

Christmas speaks to life as we really know it, and this past year we have all known, all throughout the world, punishing challenges and tumultuous times -especially the COVID 19 pandemic, which has totally changed the name of the game.

Now we are given the chance to find the name of the real game.

The prophet Isaiah said of the Messiah

“1 The spirit of the Lord GOD is upon me, because the LORD has anointed me; he has sent me to bring glad tidings to the poor, to heal the brokenhearted, to proclaim liberty to the captives and release to the prisoners,2A to announce a year of favor from the LORD and a day of vindication by our God.”

Can we celebrate Christmas this year holding in our hearts those who are currently kidnapped, desperately poor, and broken hearted? Can we each in our way, put “flesh in the game” to try to help them?

There is some reason to worry about trying this. The weight of the world can diminish the light in our eyes, and in time, turn our hope to ashes.

I said at the beginning of this reflection that deep suffering can generate some phenomenally soulful people.

But deep suffering can also be deadly.

I recently read a chilling account of a kidnapping in Mexico, and what the violent loss of their daughter did to their family.

Hope was described as a toxin, especially in the families of those still missing.

In this family, hope was lived out in two ways: some purged themselves of hope to try to move on with their lives, others sustained hope which finally destroyed them. Living in hope was like being tethered in a stormy see to the tiniest life preserver, rising and falling in tides of “maybe yes”and then a harsh “no”, over and over, which becomes a form of ongoing torture.

Those who lived this internal nightmare shrank like fantoms, physically and spiritually, and become unrecognizable as their life force faded.

But there is yet another kind of hope. It is the hope of joining your small forces with the high power of God.

It does not need to be you alone in the darkness, with your own small light.

We can join our small lights together and multiply the power of light.

You can join your light to the light of God, and let your light slowly intensify and radiate.

This way to hope doesn’t take away the pain. It does not dissolve the terrible circumstance.

But it does keep you from becoming the darkness that plagues you, and from retreating into despair. It increases your faith in the basic goodness that underlies all of life, and it keeps you open to redemption in ways you cannot imagine.

The star of the Magi is the instructive image for this merger of lights.

Tomorrow (December 21) is the winter solstice, the longest darkness of any other day in the northern hemisphere.

Tomorrow there will be in the sky the conjunction of two heavenly lights: Jupiter and Saturn. The conjunction is rare, and is speculated to have been what formed the Bethlehem star. It happens every 20 years, but often happens close to the sun (in the daylight) and cannot be seen. It hasn’t happened in the dark, and with this closeness, since 1623.

Just the right image for us, after such a year as 2020. A year tough on hope, tough on faith, and a real strain on love.

The true and original message of Christmas is ours this year. There is a light, the light shines in the darkness, and the darkness cannot overcome it.

For Christians the Light has a name. It is Jesus.

And to God’s great light we can join our own.

May God strengthen the resolve we all share, to bring peace and healing to the world, starting with the children.

About Fr Rick Frechette, CP DO

My mission is to build and inspire stronger communities by helping businesses achieve and surpass their goals. When businesses thrive, our beloved Main Streets and cities thrive, as well.

Learn About My Non Profit

Not for Profit 501-c3 organization, established by family and friends.

PREPARE!! Before you go out and speak in public,

Did you make a business plan? This is one of the

Thank you all for a great night!! Recap coming soo